The Prelude to World War II handout shows the reactions taken by the United States against the build-up and actions of both Germany and Japan. The policy of remaining neutral was changed on December 7th 1941. The Pearl Harbor address to the nation by FDR is a monumental speech in American history and the effects of the attack are seen by the presentation on the attack on Pearl Harbor with original photographs that were taken during and after the surprise attack. The following link to the presentation on the Home Front during World War II shows how the nation rallied to conserve vital resources needed for the war effort.

Japanese Americans were the subject of Executive Order 9066 calling for the arrest and removal of all suspected Japanese spies. The handout on Internment tells of the plight of these people and includes the Supreme Court case of Korematsu v. United States that followed.

​The Manhattan Project - an extract from www.ushistory.org and the Decision to Drop the Atomic Bomb lesson cover the events that led up to VJ Day and the Japanese surrender. A different perspective to the bombings of Hiroshima and Nagasaki is seen with this primary source extract called Hiroshima stories.

After World War II ends, the nation will attempt to spread its influence around the world as seen in the Cold War - Freeze to Thaw lesson. This subject will be continued in detail during the next unit. 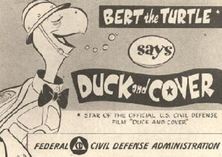 Click on the above image to open the video link.