Globalization and a Changing Global Environment (1990 to Present) (10.9)
Technological changes have resulted in a more interconnected world, affecting economic
and political relations and in some cases leading to conflict and in others efforts to cooperate.
Globalization and population pressures have led to strains on the environment.

Human Rights Violations (10.10)
Since the Holocaust, human rights violations have generated worldwide attention and concern.
The United Nations Universal Declaration of Human Rights has provided a set of principles
to guide efforts to protect threatened groups and has served as a lens through which
​historical occurrences of oppression can be evaluated.

The final three units are combined into one section. They have a strong focus on geography, social issues and current events. More lessons and handouts will be added to this section during the school year.

The section begins with a handout covering Global Issues Today which is accompanied by a Presentation showing the Key Areas of Global Issues and then short document containing World Facts. The social and political structure of nations in the world today is the focus of a lesson on Developing Nations followed by a list of Least Developed Countries in the world. The handout on the Changing Economies of Developing Nations leads to some of the problems faced with Urbanization and Modernization.

Two important links to view that tell the predicaments of the world today are worldometers.info and the World Debt Clock. Once you open the links the statistics are self-explanatory!

I created a presentation this past school year on industry and Israel today to give students an insight as to how far the country has developed due to advanced technology and scientific research.
A lesson detailing the changes in social status of Women in the World is a key component to this section and will be the basis for several class discussions during the latter stages of the school year.

Finally I have created a lesson on the comparison of different Approaches to the Environment in the 1960's which asks the key question, was the Green Revolution, a success or a failure? 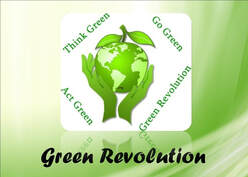