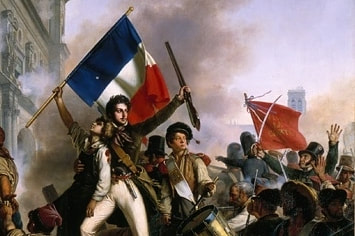 France was still in a time of chaos after the revolution until change came a seen in the handout on the Story of Napoleon Bonaparte. To accompany this lesson I have included a map of Napoleon's Empire. During his reign, Napoleon made many social, political, and economic changes to life in France and these revolutionary ideals can be seen in The Declaration of the Rights of Man and of the Citizen handout and The Napoleonic Code of Laws (Codex Napoleon).

This link goes to a one-page summary of the Downfalls of Napoleon Bonaparte and how he lost his French Empire by 1815.

Special Assignment: Two Views of Napoleon, a handout of two readings that relate to how people in France saw Napoleon's rule.
Revolutions in Latin America
We will learn that the American Revolution of 1776 led to the French Revolution but these social and political upheavals did not stop there. Nationalism and freedom swept into the New World and the following are a presentation on the Revolutions of Latin America and the Revolutionaries of Latin America, an in-depth look at these people who changed their societies, hopefully for the better. One such revolutionary wrote his ideas in the famous primary source document called The Jamaica Letters,  written by Simon Bolivar who will be known as the "George Washington of Latin America."
​
The fall of Napoleon's empire was a relief to occupied nations in Europe but there were still many concerns, evidenced in the European reaction to the Revolutions and the Congress of Vienna in 1815. There had to be a balance of power in Europe and the political changes that took place are clearly seen in a map of Europe after the Congress of Vienna.
New Revolutions in Europe
By the mid 1800's, waves of nationalism began to sweep across Western Europe, especially in two regions which are covered by the Unification of Italy lesson and the revolution for freedom is seen in the primary source document called The Dedication of Young Italy handout. Prussia was the largest and strongest of the Germanic speaking states and the creation of Germany is examined in the Unification of Germany lesson. The success of the Kaiser came from his Prime Minister, Otto von Bismarck and the Bismarck's Formula for Success handout tells of how he led Prussia to becoming a superpower in Western Europe that became known as Germany.

The final lesson for this unit covers the Ottoman Empire who became known as "The Sick Man of Europe" and they will lose so much of their empire both before and after World War I. 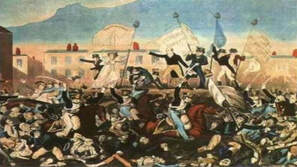