Mr. Hurst's website
10.5 - 1914 to the Present: Crisis and Achievements in the 20th Century
Unresolved Global Conflict (1914 to 1945). World War I and World War II led to geopolitical changes,
​human and environmental devastation, and attempts to bring stability and peace.
This unit will start with the changes that took place in the Ottoman Empire, a time of turmoil that gave the Ottoman's the name of the "Sick Man of Europe."  Part of the decline of the Ottoman Empire was the Crimean War and this link goes to the famous poem that describes a famous military event in The Charge of the Light Brigade.

​Human Rights violations and genocide are one of the subjects for the Enduring Issues essay and the lesson and overview of Armenia and the actions of the Ottoman Turks that led to the Armenian Genocide (a presentation) is an integral part of this topic.

In 1914 the world went to war in the "Great War" or the "War to End All Wars." The following are the focus of the causes and effects of World War I. First I have created a Special Assignment: This unique short project, World War I Word Search is used as an opener to the unit and also serves as a review sheet for later use. For classroom use I use a presentation on the causes and effects of World War I that is accompanied by pictures of Battle Weapons used during World War I. In the late stages of the war, many major events took place that brought America into the conflict. One of these was the sinking of the Lusitania. Two supplemental items are the patriotic song "Over There" lyrics and a special presentation on the 100 year anniversary of the end of World War I (2018). In completing the section on World War I, I have added Statistics of World War I showing the costs and casualties plus a chart of Peace Treaty provisions after World War I and a document on the Fourteen Points of U.S. President Woodrow Wilson. Many political changes took place after the war, particularly in the countries and boundaries, as shown in a map of Europe after World War I.

An excellent website for more events, propaganda posters and battle weapons used during World War I can be found at this in that goes to The National WWI Museum and Monument that is located in Kansas City, Missouri. I was fortunate to have visited the site in June 2019. Their online exhibitions offer so much more to the regular classroom learning. 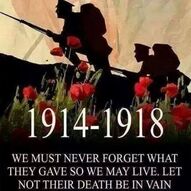 ​One of the major changes seen during and after World War I was the emergence of the Russian Revolution, socialism and communism. The following section focuses on the changes that took place in Russia. The first lesson on Russia is called Reaction and Reform and an important part of the countries failures is shown on the map for the Russo-Japanese War. To instill communism into the minds of the Russia people, censorship and propaganda, as seen in the poster of Vladimir Lenin and the propaganda poster of ​Marx, Engels, Lenin and Stalin ​were used to their fullest extent. After the death of Lenin, the new leader was Josef Stalin who became a harsh ruler but changed the shape of the nation into the Soviet Union using his famous Five Year Plans of industrialization and reform.
Western Europe was not the only region that saw political, social, and economic changes post World War I. A map of Eastern Asia in 1914 shows the effects of the war on this region.

In addition the Middle East and Zionism began to see major changes to societies. The Ottoman Empire had collapsed after World War I and the region became involved in Turkish Nationalism and the emergence of the new leader, Kemal Ataturk. The region also witnessed Iranian Nationalism under the leadership of Reza Khan.

India became a problematic region for the British and the events that took place can be found in the Story of Mohandas Gandhi and the "Quit India" movement.

Perhaps the greatest changes during this period came in China. There was a communist revolution in China under Mao Zedong who like the Soviet Union persuaded the people in this propaganda poster of "Long Live Chairman Mao". To supplement the lesson I have added maps and photos of China during the era of Chairman Mao and a map of China under Japanese control from 1926 to 1931.  In addition, the handout China from 1900 to 1976 is an overview of the events that took place from the Boxer Rebellion onwards and is a good unit review.

Post-war Germany faced many difficulties that were so severe that would eventually bring the European continent back into war in 1939. One of the first economic disasters was the Hyperinflation in Germany after World War I and combined with the Stock Market Crash of 1929, would lead Germany into a new political direction. The Rise of Fascism in Western Europe and Japanese military expansion and the reactions from the United States would bring the world closer to another world war. The Spanish Civil War proved to be a testing ground for the armed forces of both Hitler and Mussolini and these events are part of the Prelude to World War II chart. Additional historical information is shown in the handout on the rise of the Nazi Party and a picture of Hitler and Mussolini.
World War II
The failure of appeasement and the invasion of Poland in 1939 began World War II. One of Hitler's plans was to invade Britain after an aerial bombardment. All of this and more can be found in my special presentation that is a Timeline of the events of World War II. ​
​A prayer during the London Blitz combined with the Presentation on the Battle of Britain illustrate some of the localized events during this campaign. Leadership of the Allied Forces against Germany, Italy, and Japan was crucial and the following is a picture of the Big Three. Another interesting item of propaganda is this document showing two posters of Stalin during World War II.

The Holocaust begins across Western Europe and the following is a short handout on Hitler and the Holocaust.

The attack on Pearl Harbor on December 7, 1941 brought America into the war and the famous primary document, the
Address to America by President Roosevelt is an important part of this section. While the fighting continued, an important role was played by those not in the armed forces. Wartime needs and changes are seen in my presentation on the Home Front.

World War II ended in Europe after the Normandy invasion and the subsequent fall of Berlin. The focus was then shifted to defeat the Japanese. The dropping of the atomic bombs on Hiroshima and Nagasaki led to VJ Day but it is important to understand the results of these events, as seen through the Hiroshima Stories primary document reading. 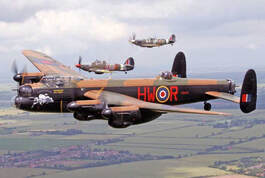