Mr. Hurst's website
Unit 10 - Social and Economic Change/Domestic Issues (1945 to the Present)
The first lesson in this unit covers the African American Civil Rights Movement that began during World War II and is still a major social issue today. Although lengthy, this handout covers the major events politically and socially that took place during this important time in American history.

The 1950's and 1960's were also turbulent times in America, especially in the South. The lesson on the Civil Rights Movement and the handout on Non-Violent Protest tell of the plight of the African American and how civil disobedience was used in gaining their rights. The landmark Supreme Court Case: Brown versus Board of Education of Topeka, Kansas overturns Plessey v. Ferguson ending the jurisdiction of "Separate but Equal" and the Civil Rights Legislation from the 1960's handout includes other key laws that were passed to achieve equality. One of the key people behind these laws was Chief Justice Earl Warren and this short bio tells of his legal rulings and achievements for American society. ​
The​ video link is for a song called "Glory" by Common and John Legend that was part of the movie called "Selma." It shows actual footage taken during the Civil Rights Era. The link below opens to the lyrics of "Glory" so that you can follow along with the video. It is a very emotional tribute to these troubled times. 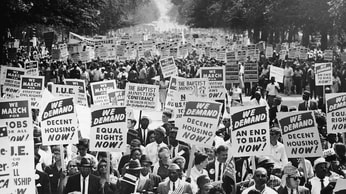 Two very important Supreme Court cases changed American society during these times. The first took place in New Hyde Park on Long Island, New York  and Engel versus Vitale changed the laws about prayers in public schools.  A person's rights at their time of arrest was changed with this Supreme Court case,  Miranda versus Arizona and the handout discusses the person and the events that led to this change in law enforcement. ​
The African American Civil Rights Movement was not the only major issue in America from the 1960's onwards. This handout, which is quite lengthy, is called Other Movements for Change and it covers such issues as Women's Rights, Native Americans, Latinos, people with disabilities, rights for children and the policy of national immigration.

​The Immigration Issue: Prohibido (Spanish for prohibited) is covered in this document and it remains a very important political issue today. To supplement this document I have added a political cartoon about illegal immigration. After the cartoon are a series of key questions relative to the subject and the issues that the nation faces today. The other side of the story is how much the Latino population has added to the economy and culture of the United States. The attached handout covers the origins and growth of the Latino population in 1990's in America. ​

Who was Rachel Carson? She was a very special person who changed our lives with her book Silent Spring. Thank you for doing your part to save the planet.
Special Assignment: The following document is an extract from Silent Spring, the first three pages. At the conclusion are a set of key questions relative to the passage. Answer these questions using complete sentences. 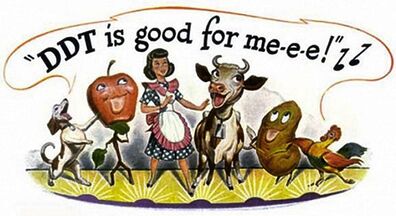 The rights of the American citizen are also addressed in this handout titled The Economic and Social Role of the Government that covers different presidential programs from the 1960's onwards.
​
Modern Presidents
The first President in this category is Richard Nixon. This handout covers both his domestic and foreign policies as well as an overview of the Watergate incident. I have also created a separate document that itemizes key people and facts from the Watergate break-in and his subsequent impeachment. After Nixon resigned, his Vice-President, Gerald Ford was sworn into office and this link is a brief handout on his presidency for one term.

Jimmy Carter is one of the lesser-known presidents. However, he served his country well and continues to be a humanitarian and religious man in his later years.

The nation and the world saw major political and economic changes during the Presidency of Ronald Reagan. This handout, although lengthy, covers both domestic and foreign policies brought about under the Reagan Era. In addition, I have also added two articles on Reagan's policy called the New Right and a Reagan and the Supreme Court handout.

​A special power granted to the President is shown in the following document, Bills Vetoed from 1961 to 1993, which is a short list of how many recent Presidents used this privilege.