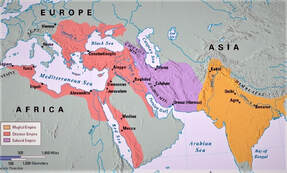 This unit will begin with states in the Middle East and the first handout analyzes the Gunpowder Empires which is followed by The Early Ottoman Empire lesson. Two other developed states that both had Golden Ages are identified in the Persian Empire handout and the Mughal Empire lesson. To further explore these regions, I have added a map of the Ottoman, Safavid, and Mughal Empires . Religious differences emerged in these Islamic empires, basically revolving around leadership, the details can be found in a chart showing the Difference between Sunni and Shiite Muslims.
​
The next handout covers the Early Russian Empire. During this time period they would rapidly expand their land-based empire both to the west and the east. They would consolidate a region of open steppes into one a state-controlled region that would emerge as a threat to the balance of power in Western Europe. Their program of Russification would bring together a region of over 100 different languages and unify through powerful tsars to create a modernized and westernized society.
The Rise of Western European Society ​

The word Renaissance is French in origin and basically means a rebirth of old ideas and takes place between 1300 C.E. and 1600 C.E. The Italian Renaissance lesson shows the causes and effects of this important time in Western European history and is accompanied by a second document on the achievements of the Renaissance. This era is probably best known for its human creative skills and interpretation of events and is best shown through a sample of pictures Art of the Renaissance and then an in-depth presentation of Art during the Renaissance.

A special handout to this section on the Renaissance covers Niccolo Machiavelli whose ideas changed the way rulers ruled their citizens. His work The Prince is often the subject of multiple choice questions as he proposed a totally different point of view regarding the relationship between a ruler and his subjects.

The Scientific Revolution handout is important to the social, religious and political changes that take place after the Renaissance and a key event to this change takes place with the Protestant Reformation. Taking place during this time period is a dramatic change within the Christian church and to better understand I have added a link showing Key People in the Christian church  in the form of a chart and a document called Divisions within the Protestant church , a handout that simplifies the key Protestant sects. To end the unit I have added a Religions of Western Europe map and a basic chart on the different Christian Religions, Beliefs and Practices of the 16th century. 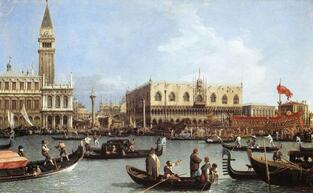